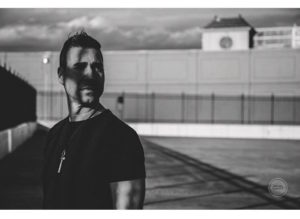 No limits – the musical theme of “Director’s Cut” by American singer-songwriter Troy Petty. Petty’s lyrical confessions attempt to resolve the conflict of one’s own demons and angels. “Director’s Cut” travels the spectrum of Petty’s past and present influences from indie/alternative through acoustic and experimental pop. The Chicago native, now living in Columbus, joins three-time Grammy nominated drummer and producer, Ken Coomer, to record the full length album, due for release in May 2019 under German label Dachshund Records.

Petty’s previous accomplishments include the 2012 release, “Fairy Tale Pen” drawing perspectives from the artist’s childhood, and the 2017 breakthrough “Departures” documenting Petty’s resilience during times of personal and professional turbulence.

With a handful of US and European tours under his belt, Petty continues to shape his live sound via a live looping show through both solo and full band line-ups. Petty’s new LP “Director’s Cut” was released in May 2019 under the Dachshund Records label, followed by his European DirecTour that continues through late fall of 2020. Petty then returns to writing and recording new material for a 2021 release!